TWELVE FOLD INCREASE IN CANCER FOUND IN WOMEN WHO ARE OBESE. MEN ALSO AT GREAT RISK

TWELVE FOLD INCREASE IN CANCER FOUND IN WOMEN WHO ARE OBESE. MEN ALSO AT GREAT RISK
Posted in: Healthcare News | Posted on: 24 January, 2018

A new study has shown an astonishing twelve fold - 1200% - increase in cancer in women who are obese! They were five times – 500% - likelier to have a cardiovascular disease. Men were also at increased risk, although less than women.

This large scale study from Spain found that being overweight (Body Mass Index or BMI 25-30) also produced great risk. But obesity (BMI 30 or above) produced the greatest risk. This is an incredibly greater risk than is usually presented. For example this quote from the national cancer institute says 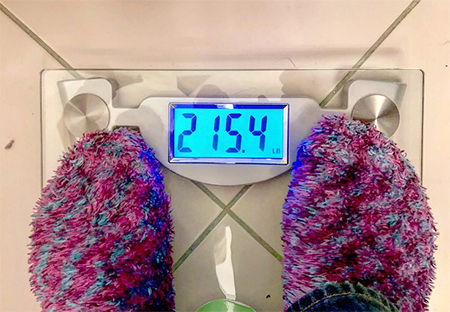 "those who are obese have a 20% to 40% increase in risk of developing breast cancer compared with normal-weight women."

The apparently missing idea however is that when all cancers are aggregated the total risk is not 20-40% but the mind boggling 1200% presented here.

Yet in modern medical practice weight loss may be mentioned but is usually not a strongly emphasized part of the conversation concerning cancer. This study shows that it clearly should be.