NBC news recently reported that a hospital affiliated with the National Institutes of Health had large quantities of bacteria that are resistant to most or all antibiotics – so called “superbugs” – lurking in its plumbing system.  It did not appear that these bacteria routinely made their way to inpatients, but there is no way to know for sure.  These frightening bacteria are introduced to the hospital from patients, and do not appear to leave easily if ever.  The report was designed to stimulate other institutions to test their plumbing.

At almost the same time the tragic situation at the Illinois VA hospital in Quincy Illinois came to the fore again.  There have been 13 deaths in three separate recurrences over the last three years, (and numerous lawsuits) from legionnaire’s disease at the facility.  After initially “studying” it Governor Rauner has now made it an emergency priority to revamp the plumbing to eliminate the legionella bacteria that causes this very severe form of pneumonia.

Obviously efforts must be made to check harder for cleanliness and contamination.  However one other take home message is to avoid health institutions, hospitals and nursing homes, when possible.  For example I perform all my surgeries on an outpatient basis to minimize time spent in health institutions where patients may become contaminated.  If admission is unavoidable, time of stay should be minimized.  This is also true of nursing homes.  Happily there has been a long term trend to move health care to the home.  It is less expensive, patients like it better and there is less risk of contamination with the worsening super bacteria problem. 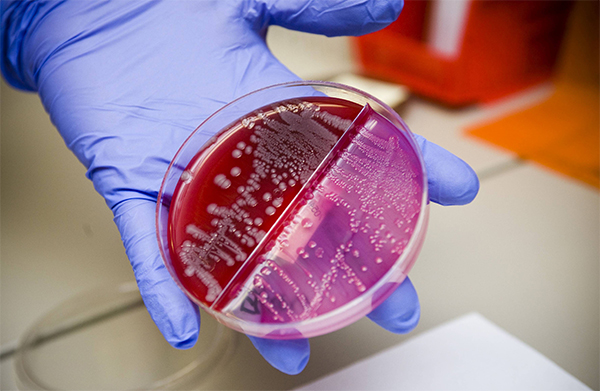