I have no knowledge of Mr. Tannehill’s treatment beyond what has been reported in news outlets. However, from what has been reported, his story is interesting in general for several reasons that may be of interest to others. He was reported to initially have had a partial ACL tear. Surgery is generally not needed, and none was performed on him. Rather he had a stem cell treatment by one of the very best Sports Medicine Orthopaedic Surgeons and then attempted to return at the beginning of last season. However his knee did not hold up and he thus needed to have reconstructive ACL surgery. Often partial ACL tears do not need surgery, although in some instances, such as his, surgery does become necessary – even with the added benefit of stem cell treatment.

When we were asked to put together a second edition of the comprehensive ACL textbook for Orthopaedic Surgeons of which I am fortunate to be editor in chief, and which was just released last year, we looked specifically at the state of the art of stem cell treatment for ACL injury. The conclusion is that, so far, stem cell treatment has not yet been shown to improve treatment. It is important to realize that the non-operative treatment that Mr. Tannehill initially had was completely appropriate. And hopefully in the future stem cell treatment will advance so that we do not need surgery for many ACL tear patients. However, at this time, it appears that we have not yet arrived at that point. Happily his prognosis after expert ACL reconstruction is quite good for resumption of his NFL career - as evidenced by the Dolphins not feeling compelled to draft his potential replacement last week. 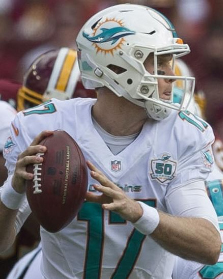