Although the general public is generally not aware of it, it is well established in the medical literature that NSAID drugs interfere with healing. For this reason in particular I never use them when I perform reparative surgery where they might compromise the surgical repair. This has been well shown in various animal studies but there have few studies in humans where it has been looked at. However in a new study from Norway the use of NSAIDs before surgery was correlated with a greater chance of failure afterward. This is quite significant in that the drug use did not have to be during the period of healing to impair healing later. The most common drugs in this class are Ibuprofen (motrin, advil), Naproxen (Aleve), and Aspirin over the counter and Diclofenac, Meloxicam and Celebrex by prescription.

I discontinue these drugs in all my patients because they impair healing, but for two other reasons as well. First because these drugs are pain killers they mask symptoms. It has been my observation that patients who take them usually have more pain than patients who don’t because they can’t tell that they are injuring themselves and their condition worsens more than it otherwise would. NSAIDs also cause bleeding ulcers, kidney problems and heart attacks. Avoidance of these drugs is one of the cornerstones of our “No Pills, No Pain” treatment paradigm, posted here on our website. 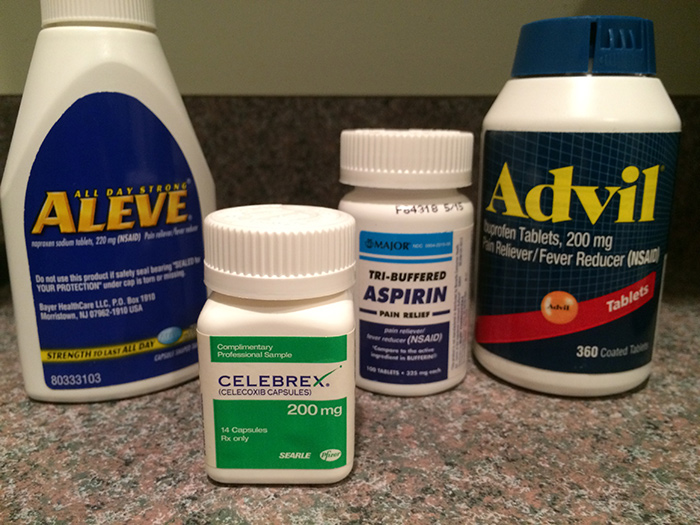